What Is My Dog Learning When He Smells Urine On His Walks In NYC? 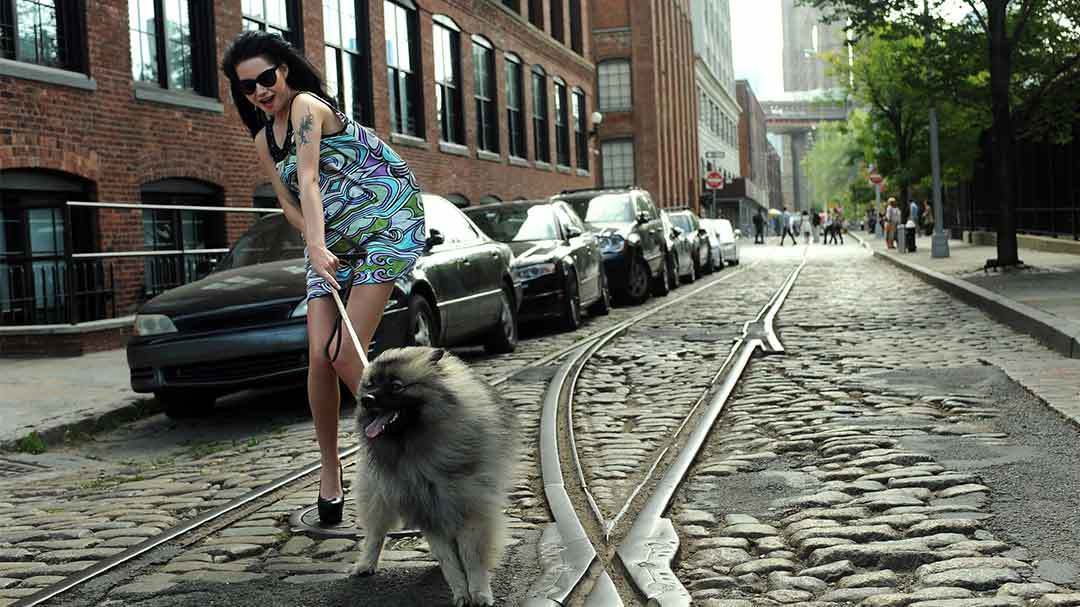 There’s no such thing as a short dog walk in NYC.  Most dogs stop every 20 feet to investigate where other dogs have urinated.  Read on to find out what your dog is learning from these up close and personal encounters with other dogs’ business

Firstly, your dog is learning much more from the smells in the streets of NYC than you by hundreds of orders of magnitude.  A dog’s nose is estimated to be 10,000 to 100,000 times more sensitive than a human’s.  If we were to translate that into hearing, it would mean that for a sound that you can hear 100 feet away, a dog could hear the same sound 189 miles away! One researcher, specializing in dog cognition, estimates that a dog can sniff out 1 teaspoon of sugar dissolved into two olympic-sized pools of water.  It’s reported that one dog trained to smell contraband was able to detect marijuana contained in a plastic bag, submerged in gasoline, and concealed in a can.  Other dogs have been trained to ‘scents’ disease in humans with greater accuracy than medical diagnostic equipment .  To date, dogs have been taught to smell skin cancers on patients down to a cellular level, can whiff patients’ breath to know if they’ve had too much or too little insulin; and even anticipate the onset of a seizure.  A dog’s nose is so sensitive that when led to another animal’s trail at a right angle, they can tell which direction the animal was tracking simply by gauging which steps smell newer.

Dog Nose Anatomy: Built To Be The Best

A dog’s nose contains 300 million olfactory receptors as opposed to the 6 million that exist in human noses.  A dog can independently twitch either side of his or her nostrils, regulating how much air passes through each, and even know on which side a particular smell was detected. When we humans breath, air travels into our nose and into our lungs, but in dogs, the air flow is split into two streams.  One travels to the lungs and the second is diverted to a complex labyrinth of bony turbinates located inside the skull.  There the air is carefully analyzed. In this section of the olfactory system, air has an opportunity to linger longer and can be lightly exchanged with additional air that is entering and leaving the body.  In this manner, a dog can smell continuously through both the inhalation and exhalation of breath.

So What About The Urine Smelling?

When your dog stops to smell where other dogs have urinated, he or she is learning a lot.  Consider the following list:

Additionally, your dog knows if the dog that urinated is new to the neighborhood (often one of the reasons why your dog lingers longer at one spot than on others) and whether or not the dog is submissive or dominant.

Male dogs tend to urinate where other male dogs have urinated, while females tend to urinate on either a male or female urination spot.  Submissive dogs may stop to smell an area of urination as a way of catching up on the news of what’s happening to other local dogs or to find out more about a new comer, but may choose to avoid marking on the spot.  More dominant dogs want to assert their position in the area’s rank of dogs by urinating over the spot urinated on previously. In cases like this, it’s important to the dog to urinate on and above the urine spot.  This is why you’ll see some dogs stand on their front legs and point their rear ends skyward when they urinate on a wall, tree, or hydrant.  They’re trying to make it appear as though they are giant in size.

Dogs See The World Through Their Noses

Smell is much more important to dogs than vision.  Keep this in mind when walking your dog.  Your dog can learn just as much about the other canines that live in the neighborhood by smelling them as he or she would if the dogs were allowed physical contact.  If you are new to a neighborhood, it’s best to allow your dog to acclimate to other dogs by first sniffing around the streets.  After a week or so of this, your dog will have already met the dog neighbors by smell and a physical introduction is less likely to be stressful.   One reason why dogs fight so frequently upon meeting is because owners allow dogs to be introduced too hurriedly. If you allow your dog to first learn about his or her neighbors through smell before introducing them physically, there will be less chance of a fight.