In The Heights: Abyssinians Love Their High Rise Homes 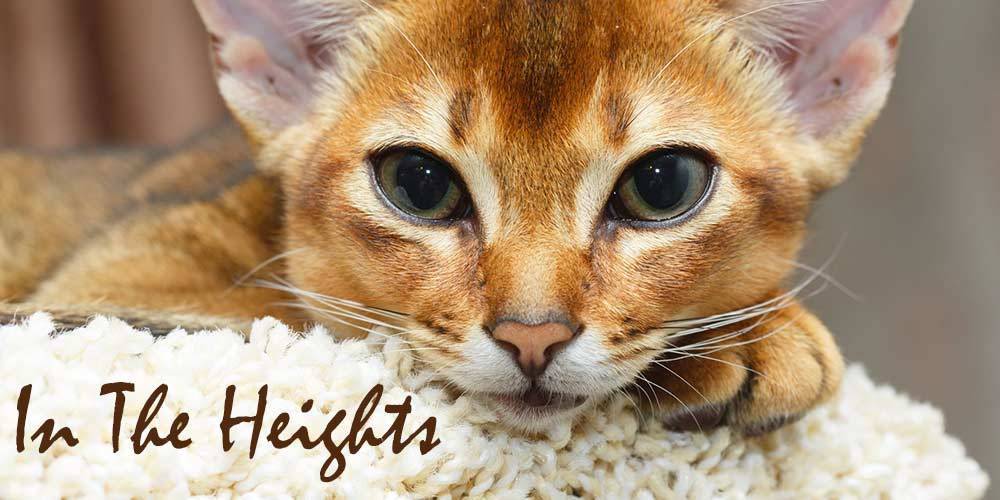 Abyssinian cats are considered to be the most intelligent of all cat breeds and they love their place in the sky.

The African Wildcat. An early ancestor of the Abby? Certainly they share striking good looks.

Any one that’s ever laid eyes on an Abyssinian cat has been taken aback by the breeds noble, elegant good looks. Mistakenly this breed is often believed to be a direct line of cats that used to roam the lands of the Great Pyramids in ancient Egypt and many people have pointed out the similarity of the Abby’s profile and the likenesses carved into ancient Egyptian works of art.

In fact their name harkens back to the days when Ethiopia was called Abyssinia, a land from which the British first brought them to England in the 1800s, but can fanciers do not believe that’s where the breed originated. Geneticists have traced the line back to the shores of the Indian Ocean and parts of Asia.

Abyssinian cats are considered to be the most intelligent of cat breeds and the Upper East Side New Yorkers that keep them have learned that this cat relishes mental stimulation.

It also loves heights. This cat is renown for finding the highest places in the apartment, leaping to the top of the fridge, onto work desks where it can pester owners at work on their computer, or to highest part of the bookshelf where undoubtedly destruction ensues.

Abby owners typically are Abby owners for life. The breed is simply too exquisite and too beguiling to allow one to pet owners to stray towards another breed.

May Be Prone to Kidney, Knee and Dental Issues

Those interested in purchasing an Abyssinian should choose their breeder wisely. The breed arrived in America in the 1930 and some inbreeding has caused a line of problems in this cat including a early-onset dental disease, knee issues and kidney abnormalities. If you have recently purchased an Abyssinian kitten, it’s important that you bring him or her to East Side Animal Hospital where we can physically examine your kitten’s knees and ensure that his or her kidneys are functioning normally.