Want To Be A Mega Star? Grow Fur 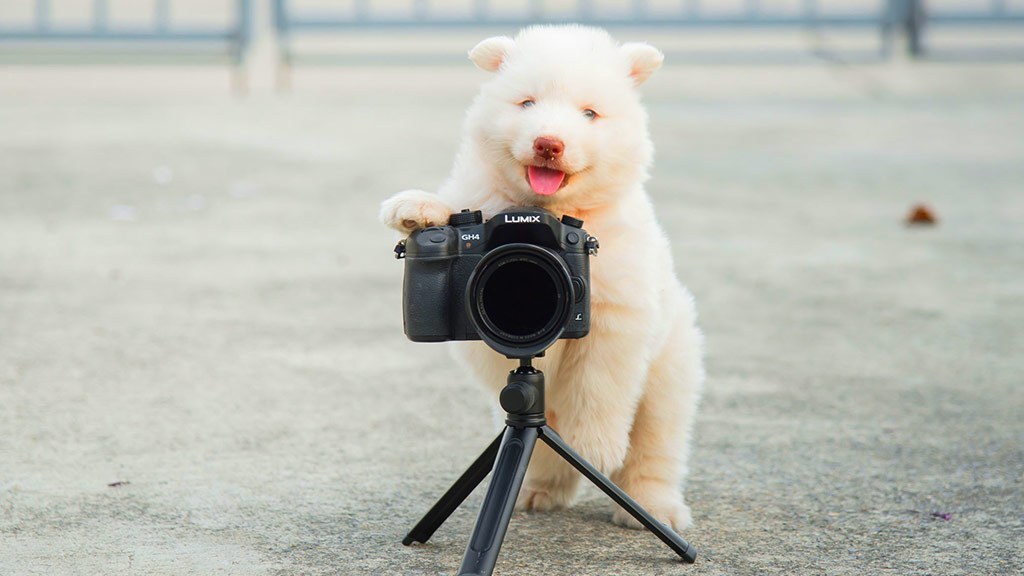 Lassie, Rin Tin Tin, and even Internet sensation Grumpy the Cat have earned hundreds of millions of dollars, changed pet ownership trends around the globe, and become icons of culture. Here’s a brief history of the careers of some of Hollywood and the Internet’s biggest pet stars.

Strongheart, The Dog Valentino of His Day

Strongheart, a German Shepherd, was the first Hollywood box office sensation. Film director, Lawrence Trimble, recruited Strongheart on a trip to Germany in 1920. At three years of age, the dog had already been in a war (where he was wounded and received six service stripes by the German Red Cross) and served in the German police. The dog required intense training by Trimble to rid him of the ferocity he had needed in his role as soldier and police officer. The dog’s first silent picture, The Silent Call, made in 1921, was a big hit and the public went wild for him. Strongheart had his own boxcar when touring the U.S. and later went on to be the image of the Strongheart dog food line. Interesting footnote: though the dog was rid of his aggressive tendencies, he never lost his instinct to root out crime. Often the dog would trail men of dubious character, many of which were later found out to have had a criminal past. Strongheart died of complications related to a movie set accident.

Rin Tin Tin: Even Garbo Was a Fan

Rin Tin Tin was another World War I veteran.  Corporal Lee Duncan found Rin Tin Tin, along with 4 other littermates and a starving mother, on the battlefields in France when the puppies were only one week old and still had their eyes closed.  He brought the whole family back to his regiment where he adopted out the mother and three of the puppies, but kept Rin Tin Tin and another littermate that he named Nanette.  At war’s end, he managed to smuggle the two pups aboard a transport ship destined for New York.  Rin Tin Tin, known by studio insiders as the ‘mortgage lifter’, made a total of 25 motion pictures for Warner Brothers, dramatically increased the popularity of the German Shepherd breed world wide, and was the inspiration for the eponymous ABC television series that ran from 1954-59.  Rin Tin Tin has a star on the Hollywood Walk of Fame and was given the key to the city of New York by mayor Jimmy Walker.  Greta Garbo and Jean Harlow both owned puppies sired by Rin Tin Tin who was also the poster boy for Ken-l-ration.

No review of furry movie stars can be complete without mention of Lassie.  The original story, Lassie Come Home, was penned by British author, Eric Knight, in 1940 and went on to be a best seller.  In 1943, the story was made into a blockbuster movie by MGM starring Roddy McDowell.  The movie was so successful that an additional 6 sequels were filmed.  The third film, starring a young and very beautiful Elizabeth Taylor (she too appeared in the first), used Lassie as a stand in to explore the value of self-sufficiency, service to one’s country, and even PTSD!  Curiously a male dog always played Lassie, who was often portrayed as a female in film, even when the story moved to television in 1954 and ran on CBS for an astounding 17 years!  Interesting trivia:  The real star of the Lassie franchise, Pal, was so popular that he was allowed to ride with other passengers on airplanes.  Trainer, Rudd Weatherwax, once reported that an airline called Pal up to see how he wanted his steak cooked while he was onboard and that the entire cabin stood up when it was announced on the P.A. system that ‘Lassie’ was on the flight. Also, remember all those scenes where ‘Lassie’ had to nurse puppies?  The trainer worked around this by applying honey to Pal’s fur and giving him the command ‘nurse’, which meant he should lie down on his side and allow the puppies to lick it off.

A 2016 study released by the University of Bristol, the City University of New York and Western Carolina University showed the impact that animal-centric movies have on pet ownership.  According to data pulled from the American Kennel Association, the Lassie series spiked an increase in Collie ownership by 40% and the Disney movie, The Shaggy Dog, spiked ownership of the Old English Sheepdog breed by a hundred fold. Movies like Big Red and Turner and Hooch also increased ownership rates of Irish Setters and Mastiffs respectively.  Unfortunately, the increase in popularity often comes with a downside.  Many fans of 101 Dalmatians were unhappy to learn that their real life Dalmatian puppy came with more responsibility than they expected and there was a spike in Dalmatians in the shelter system a short time after the movie was released.  Sudden increases of popularity may also encourage unscrupulous breeding practices resulting in lines of inferior genetic health.

Animal Stars Are a Big Deal

Pet humanization trends continue to make stars of cats and dogs.  Grumpy Cat is estimated to have earned his waitress-owner more than 100 million dollars in revenue.  Moose, the Jack Russell that appeared in the Frazier series, earned 10K a week when the series was filming.  During the time Lassie appeared on television, the ‘actor’ playing the part, Pal, earned an equivalent of 51K dollars a week in today’s dollars.  You can see a full list of 20 pets that make millions using this link.

If You Fell Into a Well, Would Your Dog Save You?

An research paper entitled,Timmy’s in the well: Empathy and prosocial helping in dogs, was sparked by the Lassie series.  Researcher, Emily Sanford, recognized that her own dog grew anxious if she thought Sanford’s children were in danger.  Reminded of the weekly heroic acts of Lassie, Sanford set out to see if there was merit to the notion that dogs will save owners.  A study of 34 dogs showed that dogs are 3 times more eager to push past barriers to reach their owner if they believe their owner is in danger, but animals that didn’t push past the barrier probably still cared.  Nearly all dogs in the study had high stress levels when it appeared that their owner was in trouble.  The researchers believe that dogs that did not try to rescue their owner may have been too incapacitated by their fear to act.