Robots, Clones, and Remote Controlled Interactions: The Future of Pets Is Here! 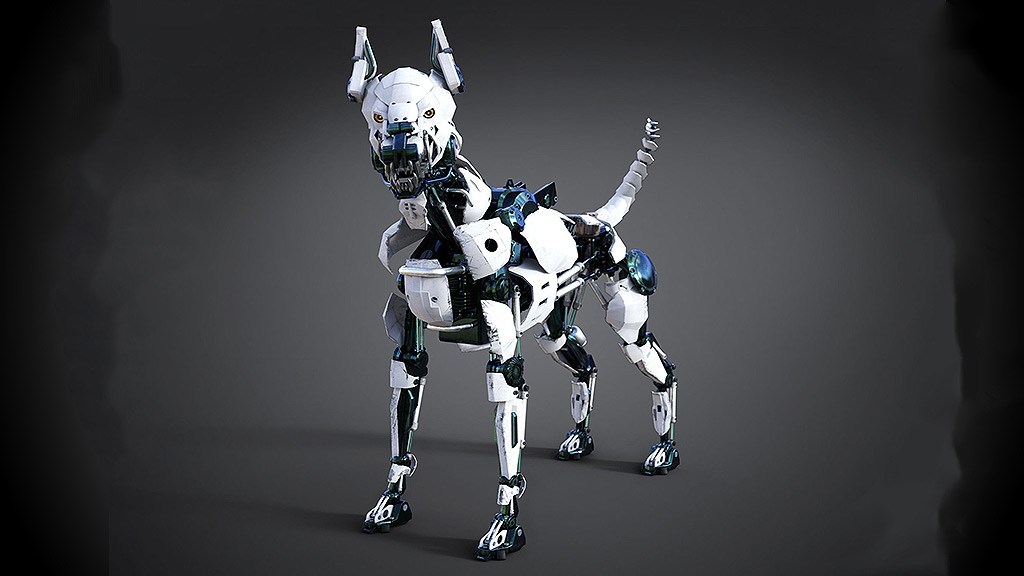 Technology and science are quickly reshaping how we think of pets, breed them, and interact with them.  Here are 6 bizarre, but real examples.

Watch, Feed and Play with Your Pet From Anywhere in the World

Remote monitoring devices like Petcube and ICPooch are already on the market and enjoying solid sales. Kittyo, designed just for cats, allows you to watch your pet, play with him or her using a remotely controlled laser toy, and to dispense a treat from the comfort of your office, coffee shop, or vacation spot.  Companies like ICPooch are working on next generation models that will take videos of pets and automatically post them to the pet’s social media page.  Companies like PlayDate have developed robotic balls that can be remotely controlled from your phone.

Barbara Streisand is the latest pet owner to have had her two dogs, Miss Scarlett and Miss Violet, cloned from a favorite, but now deceased pet.  One major U.S. pet cloning company, Viagen, has cloned 1000 animals to date. Most animal welfare organizations are against cloning. They argue that cloned pets are unlikely to have the same personality as the cell donor and that cloning, in the face of so many existing pets in need, is wasteful.  Still, some pet owners are passionate about the opportunity to stay connected to their beloved pet.  Those interested in the service can expect to pay between 25K-50K per pet.  If you are unsure if cloning is right for you, the same company can preserve a sample of your pet’s DNA for future clonal work and store it for $1600 per sample.

Wearable devices that track pet’s activity levels and location have been around for several years now, but the next wave in development will slip onto your pet like a stylish vest.  It will be able to track your pet’s location in real time; monitor heart, respiration, and stress levels; and even be able to vibrate as a way to remind your dog to sit, return to your home, turn right, or turn left depending on how you train your dog to respond to the stimulus.  Wearable devices that monitor pets with diseases like diabetes, heart disease, and glandular disorders are also in the works.  They will provide around-the-clock monitoring and help chronically ill pets to live longer, healthier lives.

A gene-splicing tool called CRISPR is dramatically impacting scientists’ ability to precisely cut and remodel genes.  Though ethical questions and controversy surround the practice, scientists continue to press forward with the technology and have used it to insert jellyfish genes into cats in order to make their fur glow.  To date, pigs, mice, dogs and fish have also been made to glow.  To be fair, researchers never set out to create the next designer cat.  They were initially looking for a way to identify test animals that had been successfully implanted with a gene that provides resistance to AIDS.  The glow-in-the-dark gene was coupled with the AIDS resistant gene as a way of identifying which animals had successfully acquired AIDS resistance genetics.

It was research in the area of evolution that led to the development of the dinosaur chicken. Researchers at Harvard wanted to know if the genes for a rounded, boney snout, like those found in the chicken’s dinosaur ancestors, still existed.  They used special chemicals to suppress the expression of genes associated with the development of a bird’s beak.  Once these genes were suppressed, the ancestral genes of the dinosaur took over development of the chicken and produced a bird with the same kind of rounded, boney protuberance found in the face of fossilized dinosaurs. For ethical reasons, none of the experimental chicken embryos were allowed to develop into chicks, but researchers believe that they would have hatched and lived.

He doesn’t eat, shed, or wake the neighbors with his barking, but what he does will blow your mind.  Meet Sony’s, Aibo.  This robot dog, designed to provide companionship, has been in development for 19 years and can recognize 100 faces, grow smarter with time, and will walk over to its charging station when it’s low on power.  More than 20K have been sold since July of 2018 and in Japan, the robot sold out on the first day it hit the market.  Owners report that they are swept away by Aibo’s puppy-like willfulness, disobedience, and charming facial expressions.  Even the robot’s rubber tail delights as it wags happily from side to side.

A robotic seal called Paro, replete with fake fur and doleful eyes, is used in hospitals to sooth patients. As the fake animal is scratched and doted upon, the machine lifts its head, looks lovingly at the person holding it, and successfully reduces the patient’s anxiety levels and blood pressure.

Robotic pets are being developed for all ages, but especially for the elderly who may need the mechanical pets to assist them with retrieving objects, opening doors, or just providing comfort and companionship.